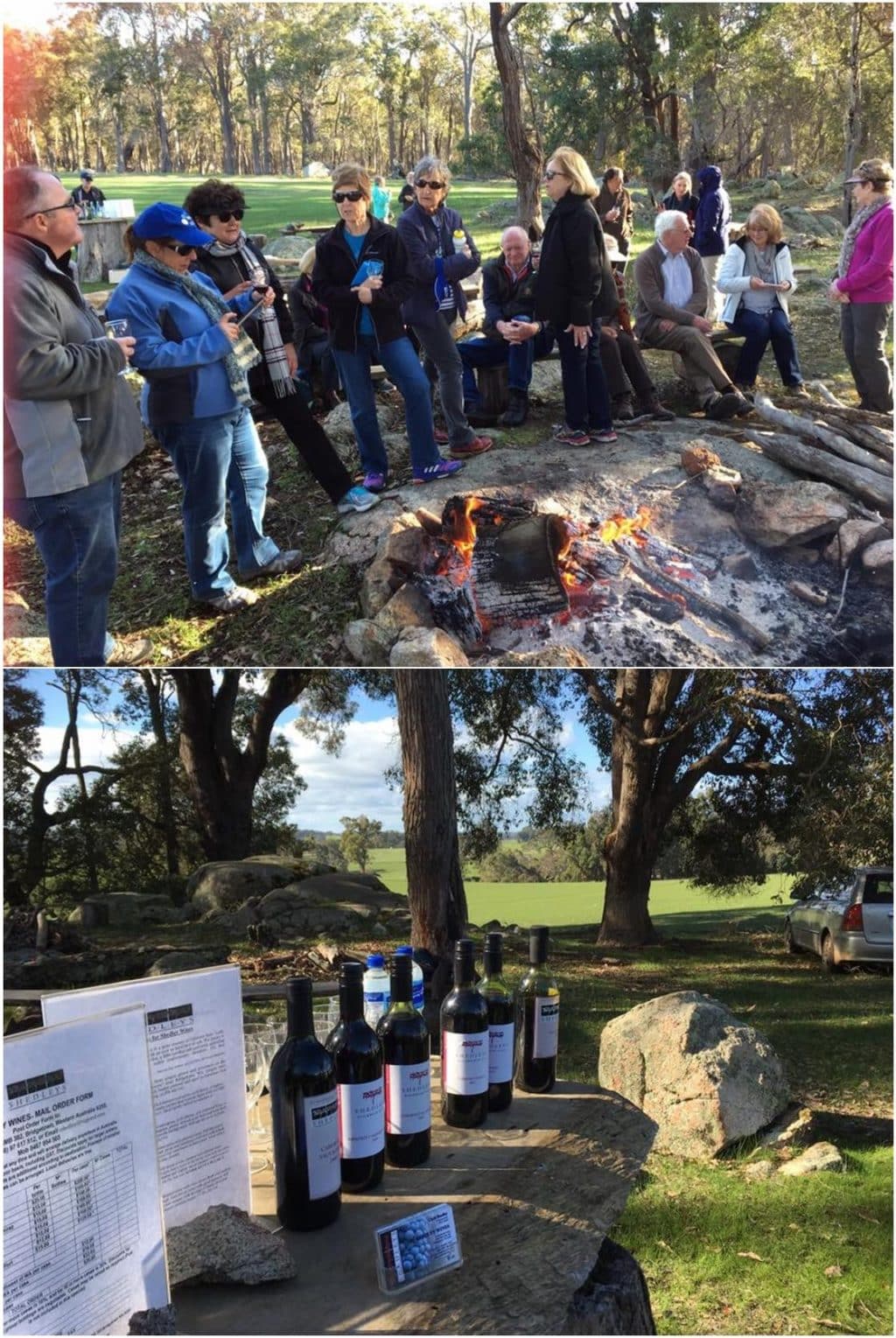 Picturesque Bridgetown is a great place to visit at any time of the year but in June it is particularly beautiful with fields of green and trees in all their autumn splendor.
This whole weekend was organised by Birgit and Svend, who called upon the local businesses to provide Y Striders with a weekend that they will not forget in a hurry.

Most of our meals were prepared and served by Bevin at Pip’s Place in the Bridgetown Pottery and Teahouse. No one will forget Svend’s delicious Oxtail Stew served from giant Bratz Pans on Friday night, Bevin’s huge banquet on Saturday night, the ‘Build Your Own’ platters of meats, salads, toppings and fresh fruit delivered to us at Willow Springs on the Bibbulmun Track, or the gourmet barbeque on Sunday night with lamb three ways! What a feast! And all accompanied with an excellent selection of wine supplied by Shedleys Winery.

And then there was Saturday’s entertainment with lunch at the Bridgetown Valley Lodge whilst being serenaded by owner Jeff, a bus drive through the hills to Shedleys Winery to complete a 5km bush walk, followed by a wine tasting on top of a hill in the middle of a paddock, while we warmed ourselves at the edge of a huge bonfire.

It was a chilly, pea-soup fog which greeted us on Sunday morning when we boarded the bus which took us to Donnelly River to start our 18km trek along the Bibbulmun. Recent violent storms resulted in many fallen trees which needed careful negotiation. A large section of the track had been devastated by bushfire a year or two before but we were delighted to see the regeneration of greenery in the blackened landscape, the wildflowers starting to peek through and the large variety of colourful fungi, some of which resembled coral.

The raffle for medical hamper generously donated by Jen was won by Faye and the inaugural auction of the bottle of a Y’s Drop Wine was won by Bill. Christine spoke on behalf of all Y Striders, when she wished Jen (who was getting married a week later) our very best wishes for the future.

To Birgit and Svend we say thank you for all of the hard work put in to organising this weekend. We had a great time and will remember it always.