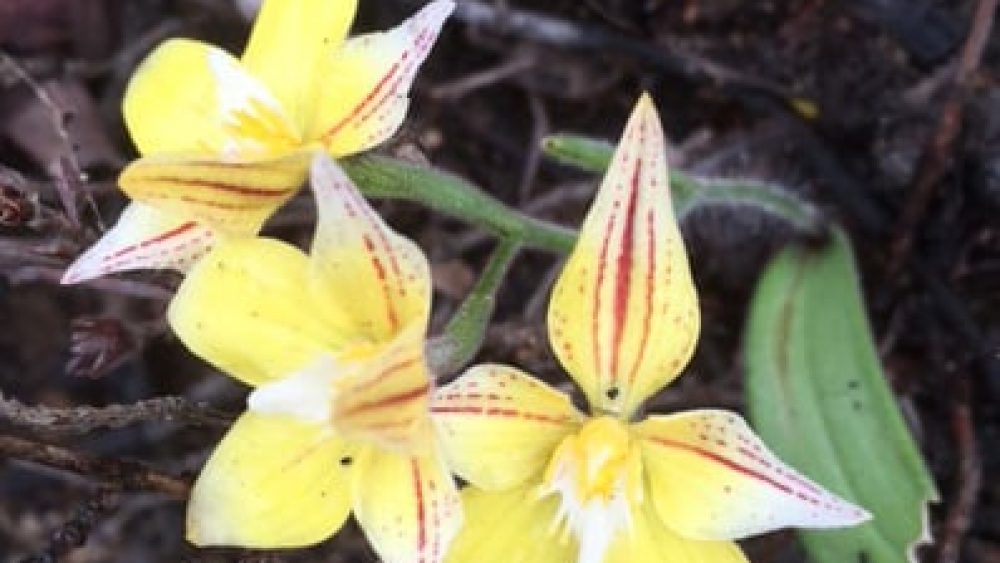 It all started with a comment from Bill! “I’m thinking of organising a bush walk for the Queen’s Birthday weekend in September and Paruna Wildlife Sanctuary is my suggestion.”  “Good idea,” said Chris. “Perhaps some people might like to extend the experience by staying in a country town somewhere close by – like Toodyay or York.”

So between Bill and Chris the wheels were in motion. For the first time in the history of Y Striders, a weekend was arranged for the Queen’s Birthday. The historic town of Toodyay won the toss. No less than 30 people arranged their own accommodation in a variety of places. Some took their own vans and braved the cold in the caravan park. Others reported that their accommodation had no windows or mirrors but it did have an outdoor bath for the brave. Others had heated floorboards to encourage them to stay indoors, whilst others had an eclectic array of musical memorabilia to entertain them. But the prize must go to Pam and Kevin for their chosen accommodation – the ‘overflow’ on the town oval, with minimal facilities for personal ablutions and certainly no heated flooring!

At the Freemason’s Hotel on Saturday night we celebrated Ann’s ‘significant’ birthday with roast dinner followed by an apple dessert, celebratory Champagne and an after dinner Port. What a way to celebrate a birthday – with such a great group of Y Striders friends and a LOT of good-for-the-soul, laughter! Happy Birthday Ann!

Paruna Wildlife Sanctuary (located half way between Perth and Toodyay) was arranged for Sunday and some even drove up from Perth to join the Toodyay Troopers just for the day. The sanctuary itself is characterised by extremely steep slopes with a lot of steps ever upwards (rarely downwards), numerous creeks and great areas of exposed granite. The views down into the Avon Valley were spectacular. But best of all was the amazing array of wild flowers in profusion. The brilliant blues of the Leschenaultia, golden wattles, unknown varieties of pink, white, purple and even the occasional Spider Orchid or Cow Slip were all there in their glory. Had the weather been better, it would have been a photographers dream! But the rain held off until lunch time. It wasn’t torrential, just a shower for a short time only – and just as we stopped for lunch.

Reflecting on the weekend’s events, Chris and Bill were overheard discussing possibilities for next year’s Queens Birthday. There will be another if they have their way, so be sure to let them know if you have any suggestions for walks or venues. 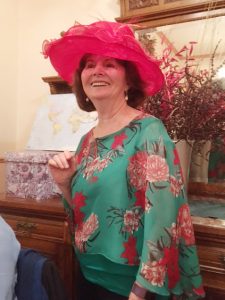 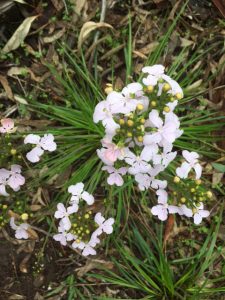 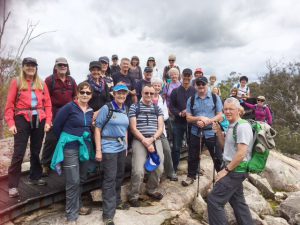 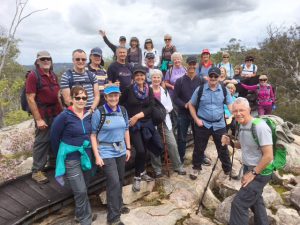 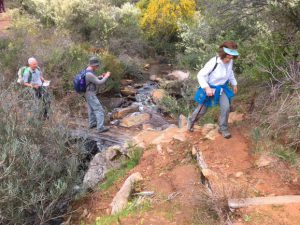