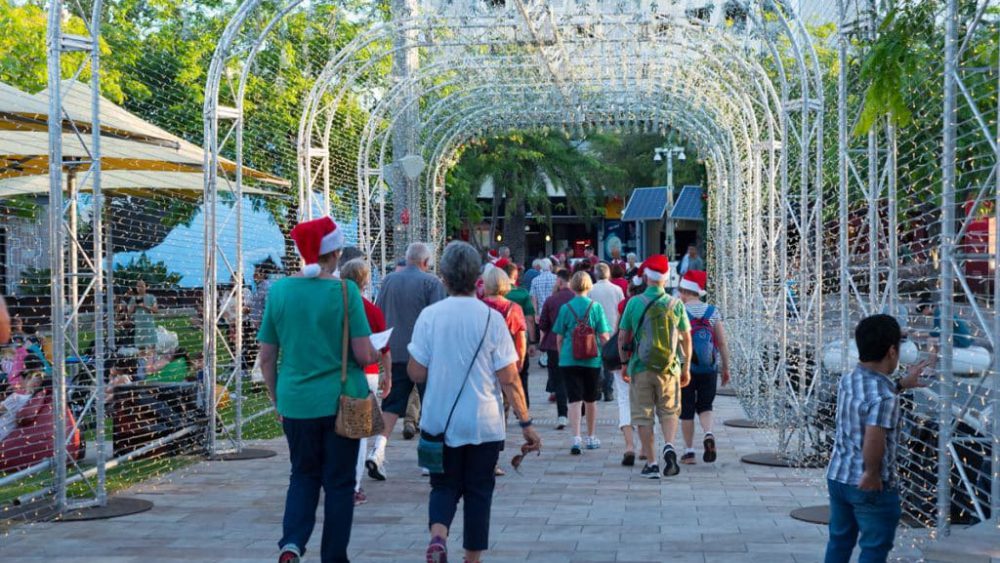 With some organisation and precision timing Y Striders started turning up on the platforms of Bullcreek, Canning Bridge and North Fremantle railway stations. Easily recognisable in their Christmas outfits, they congregated together on the trains to finally spill out with much hilarity at Perth Station, and then found their way to the rendezvous point at Russell Square. There were thirty five people, including the ones that had to be prised from nearby Rosie O’Grady’s where they had settled in for the afternoon!

Then there were the lights! We were told we would be amazed by the lighting installations in the streets of Perth and we were not disappointed. There was the Christmas Lights Tunnel at Northbridge Piazza, a colourful Christmas constellation in Forrest Place, a giant bauble in Murray Street, 20 giant candles in Hay Street Mall, beautiful shadow play and music in Forrest Place and a deconstructed Christmas tree at Elizabeth Quay. But the highlights were the Christmas Projections on St George’s Cathedral, the colourful lighting display on Council House and the silver angels all the way down St Georges Terrace – a colourful 360 degree lighting display!

Many of us would not have seen these installations if it had not been for Dave and Susan. We now know that if we attend any of the events organised by them, we are guaranteed a fantastic time, lots of face-aching laughs and good fun in wonderful company. Many thanks to Dave and Susan for all their efforts in making this an outing we will remember always. And we walked another 7.5kms to add to our tally! 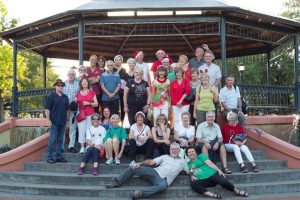 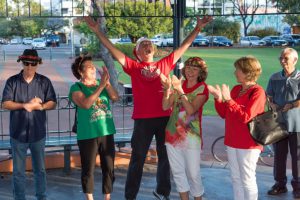 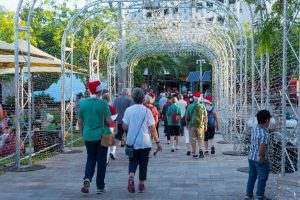 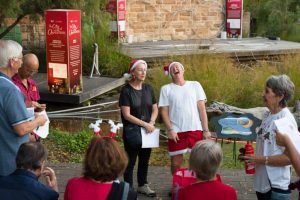 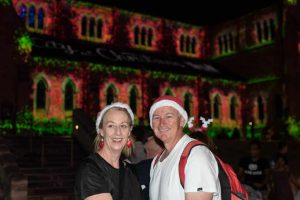 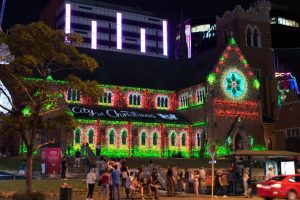 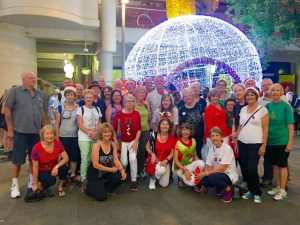